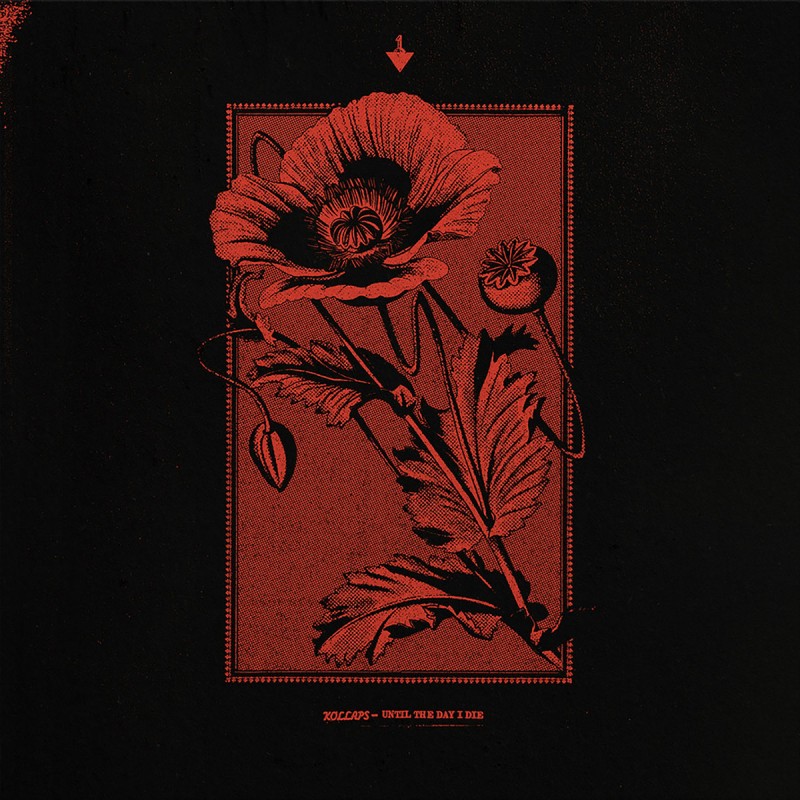 Kollaps Until The Day I Die

"Until The Day I Die" is the third album from Australian post-industrial outfit KOLLAPS.

"Until The Day I Die" is a merciless and visceral assault on the senses and continues the trajectory of the band's idiosyncratic approach in their creation of sound. The album showcases an uncompromising force of harsh post-industrial music narrated by overarching themes of condemnation and redemption; of violence, romanticism, sexuality, and addiction. Much of the creation and lyrical conceptualisation of the record has been stylised and presented using William S. Burroughs' cut-up method.

A wide variety of metals and raw materials were used in the creation of the album including metal grates, a rusted hoist, cement cylinders, field recordings, hammering of various decrepit objects, broken amplifiers, an exposed reverb tank, various synthesizers, and the infamous metal coil; a crudely self-constructed artifice that has become iconic in its use across KOLLAPS' triptych of releases and lengthy touring history in Europe, Australia, and New Zealand.

"Until The Day I Die" has had a tectonic shift in production methods compared to its predecessors and was entirely written, recorded, and mixed internally the self-constructed ILoveHeroin Studios built above a sculpture museum in Lugano, Switzerland. All instrumentation was handled by Wade Black except for bass guitar by Andrea Collaro recorded at Hangar 121 in Lenate Pozzollo, Italy on all tracks except "D-IX" and "I Believe In The Closed Fist," handled by Black, and additional sound design and percussion by Giorgio Salmoiraghi.

The album was mastered by James Plotkin and completed with cover artwork by Nullvoid (Thomas Ekelund | Trepaneringsritualen).

Recorded and mixed at ILoveHeroin Studios in Lugano, Switzerland
Bass recorded at Hangar 121 in Lonate Pozzollo, Italy and engineered collectively by Kollaps.