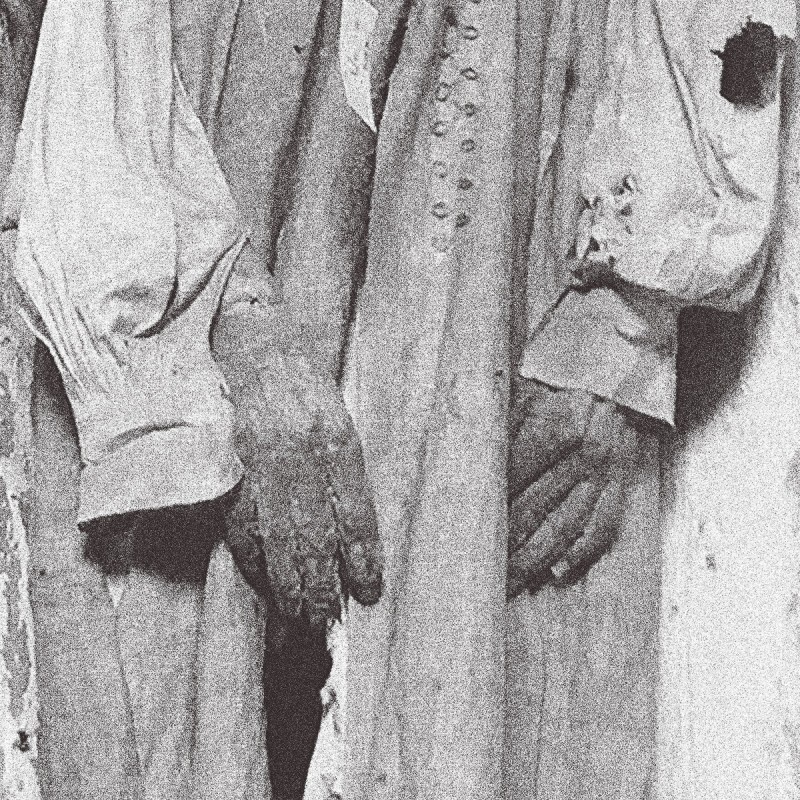 Black Ambient at its finest. Italy’s Clavicvla channels the cosmic void, the source and finality of all things manifest. A true sonic force that reverberates through the core, allowing to escape one’s physical form and delve deep without, where logic and comprehensions are null... Diabolical black ambient/death industrial demon Claviclva returns with his blood-chilling sophomore LP "Sepulchral Blessing", unravelling another forty minutes of tyrannical nightmare fuel that will leave the listener catatonic and agonising in horror. With "Sepulchral Blessing" this time Clavicvla constructs a sonic tomb of immense evocative force that inters the listener into a lucid nightmare and transports them straight into the kingdom of the dead, acting as an abominable sonic vessel to the underworld. Unbelievably repulsive, blood-chillingly horrific and unyieldingly evil, on this astonishing new work sole mastermind Ittiel has harnessed the quintessence of malignity and created a cinematic soundtrack to a ghastly decent into the underworld, where diabolical atmospheres drenched in the stench of death, nightmarish soundscapes, and monstrous drones and sub-bass frequencies are masterfully interwoven and manipulated to envelop, entrance, and entomb the listener into the nethermost pits of hell.