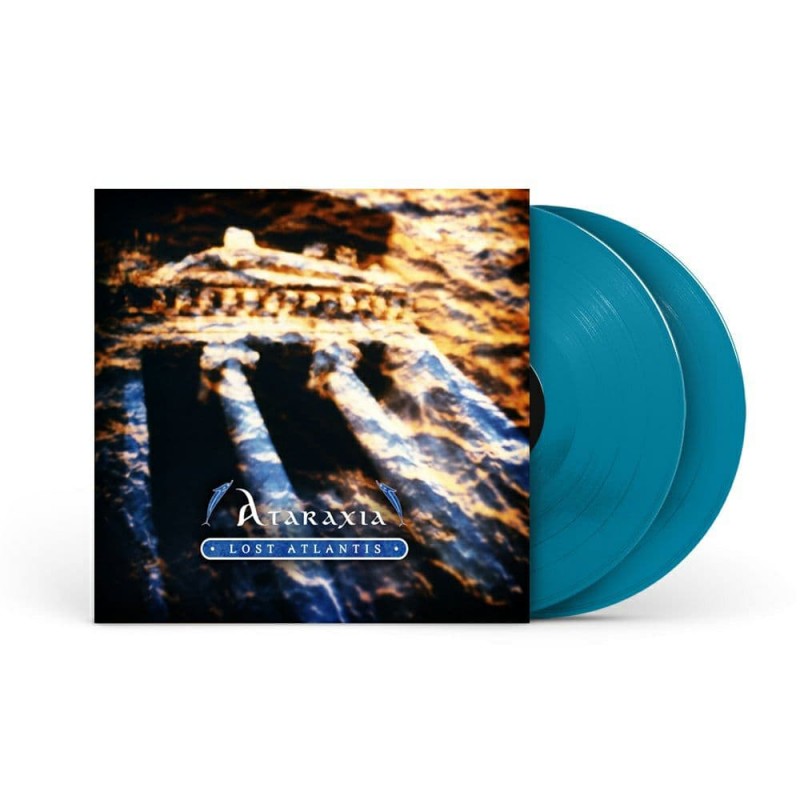 Includes Poster
First time on vinyl
Plus 3 Bonus Tracks (“To be without being”, “Arcana Eco”, “A Calliope”)

After the release of “Suenos” οn LP, it’s time for another masterpiece of Ataraxia to be released on vinyl. “Lost Atlantis” is an amalgam of sounds and images, a mystical descent into an “aquatic” world, a poetic rendering of reality and fiction. It has been 22 years since the album was released and it still seems so timely and at the same time lost somewhere in the distant past, without anyone can determine its temporality. After all, imagination and dreams extend to infinity.

Fragile whispers, dreamy recitations and the personal music stamp of Ataraxia, haunt the listener and make him the companion in this beautiful fairytale.

Indulge in the appetites and experienced hands of Ataraxia, turn down the lights and travel…

“I don’t mind the harmony of waters,
I’m looking for nothing but dissonances,
something more than perfection,
crossing the narrow arch that I know”

I remember THE EARLY DAYS, the glimmer of the crystals on the surface of the water, the gold domes, the basalt spirals where, while meditating, the power of the heart turned into energy of life.
I remember the circle singing in sacred places where incense of aphrodesia burned, the diamond of astonishing structures built with it, hybridized, luminescent forms lit by the stars.
I remember the mystical dances, the polymorphic voices, I was in DAYTIA, the city placed on the fifth ring of Atlantis, here we lived for a long time, like ancient oaks breathing the sun, our green blood was photosynthesis of light.
Those were the early days, the ones of APERLAE, the reign of perfect and always perfectible tuning and harmonizing, Aperlae, shaped like a Lyre, the constellation from which we came. We swam with DOLPHINS, whose seed we brought with us from the stars, their games created intelligent and sinuous shapes, water mandala. The women in labor were lulled by the frequencies of these waiving water Masters whose smile became maternal wisdom.
“As high as below”, in the oligomineral realm of the AGHARTI dimension, the thin golden membrane of wisdom where some of us found refuge and home after the end of times.
Everywhere gardens and FOUNTAINS, games of hydrogen and oxygen, vapors of dances of elemental spirits, glittering water figures, those were the early days before the war between intelligence and instinct.
Atlantis and Lemuria (MU-LAND), blinding duality, everything was lost, fool scientists, crazy mathematicians, delusional intellects, and ODUARPA who transformed perfect forms of existence into experiments of suffocated, compressed, psychotic, revolted life.
These were the last days, mass suicide, distortions, delirium of omnipotence and, then, that sidereal void, the souls uprooted from the body, the sightless intelligence of the senses, disgrace became the thick blanket submerging beauty, and Atlantis was lost, beautiful LOST ATLANTIS, THE LAND OF SAND, OF GOLD, OF RUIN.
The long beaches where we were used to meditate, we, drops of the same sea, the golden age and the regality of each one of us, all dragged into the mud of the eras that follow one another, the ruin of many, the DEPARTURE of others who keep in their messenger DNA the seed of beauty, harmony, will, intelligence and coherence of the heart. The golden age in the caduceus of Hermes, the messenger.

After aeons, in the land of light and poetry, accompanied by the lyre, with my first breath I woke up and raised hymns to Calliope sweetnote who hovers and hovers above everything….