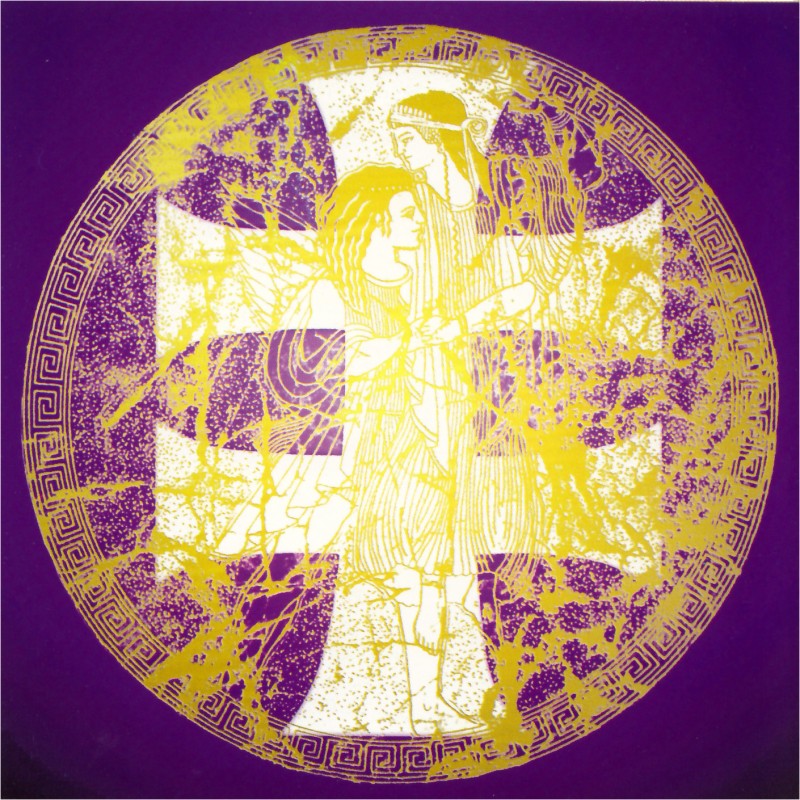 Back in the year 1994, one of the most influential debut albums was released, leaving an indelible mark on Gothic music. Today, 27 years later, it’s still remembered for its depth and artistry. “Elyria” consists of 14 equally enchanting musical pieces by William Faith and Monica Richards, the duo who composed and performed this incredible album. The beauty hidden behind brilliant songs such as the eponymous “Elyria”, the monumental epic “All Lovers Lost”, the seductive seven-minute musical fairytale “Vervain”, the esteemed echoes of “Sparks”, the legendary “The Trauma Coil”… Elyria is both otherworldly and sophisticated.

The album has been carefully re-mastered by George Emmanuel (Pentagram Studio and features 3 exclusive live bonus tracks from the historic concert of Faith And The Muse from the Convergence Festival in 2007 (“Sparks”, “All Lovers/Arianrhod”, “The Trauma Coil”).

(A tip-on record jacket involves printing the cover art on sheets of paper, then gluing those sheets to the board stock. The “tip” part of the name comes from how the paper was applied to the underlying board.)

A1 Elyria A2 Sparks A3 All Lovers Lost