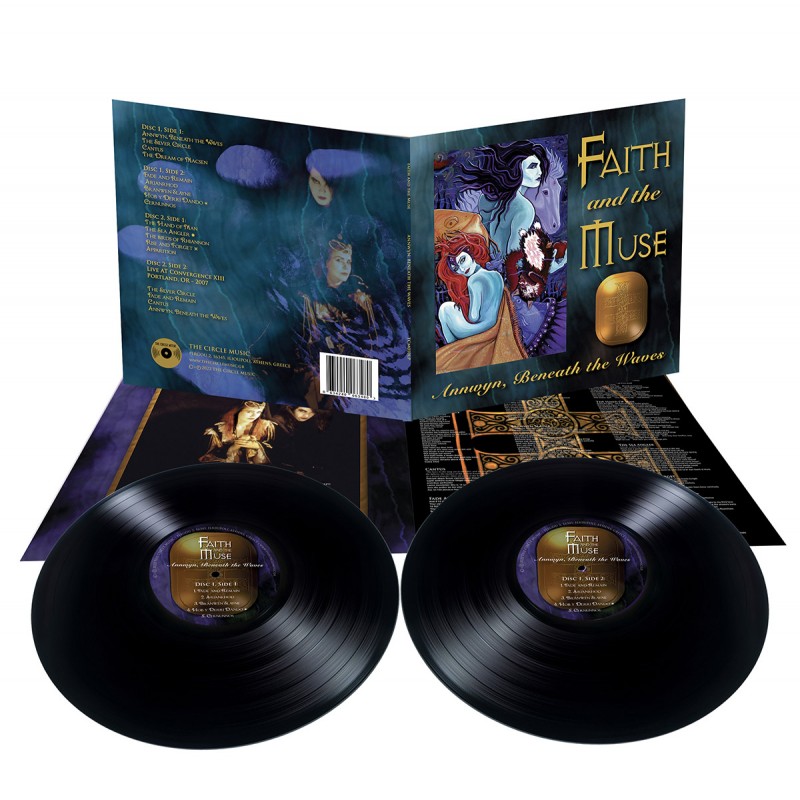 Faith And The Muse – Annwyn, Beneath The Waves (2 x Vinyl, Black)

Follow us as we travel back to the year 1996. It has only been 2 years since the release of the debut album “Elyria” and Faith And The Muse are striking again while the iron is hot. If “Elyria” surprised gothic fans, “Annwyn, Beneath The Waves” brings the band to new heights! This new CD is riveting, majestic and completely unique. “Annwyn, Beneath The Waves” will be historically registered as one of the most complete albums ever released.

From the first second of the opening title song – which haunts us immediately – until the last note of the innovative instrumental “Apparition” that completes this masterpiece, there isn’t a single moment that the listener loses interest. There are no fillers here. Only works of high art and true elegance: breathtaking songs that only Faith And The Muse can create. Top moments? Of course, the whole album. Every single one of the 14 songs has its own virtue, its own peculiarities, yet at the same time placed in such a way that they alternate perfectly. A diverse musical fest of sound and image that enchants the listener.

We are proud that 26 whole years later, we can now release “Annwyn, Beneath The Waves” for the first time on vinyl, with new mastering – along with the addition of four live bonus tracks from the historic concert of Faith And The Muse from the Convergence Festival in 2007. Now, original fans can remember this gorgeous album, and new fans can get to know one of the brilliant jewels of our musical heritage.

To a sea of voice so glorious: mesmerizing
This is my body, this is my inner mind,

What lies beneath my eyes.
Discarded years of elemental faith

Beckoned to a watery embrace with love upon his face.
My appetite’s unchanged…

Sink into dream: these enchanted depths…

And bliss is this drowning moment…”

(Annwyn, Beneath the Waves)

1. Annwyn, Beneath The Waves
2. The Silver Circle
3. Cantus
4. The Dream Of Macsen

Four live bonus tracks from Faith and the Muse live concert in 2007 at Convergence XIII in Portland, Oregon.

“Annwyn, Beneath the Waves on vinyl is so amazing to us, and it holds many of my personal favorite songs. This album especially has a sense of another time, and I cannot wait to hear the music with the warmth this new release will contain. Much love and thanks to the Circle Music for working so hard on bringing Faith and the Muse out on vinyl!” – Monica Richards