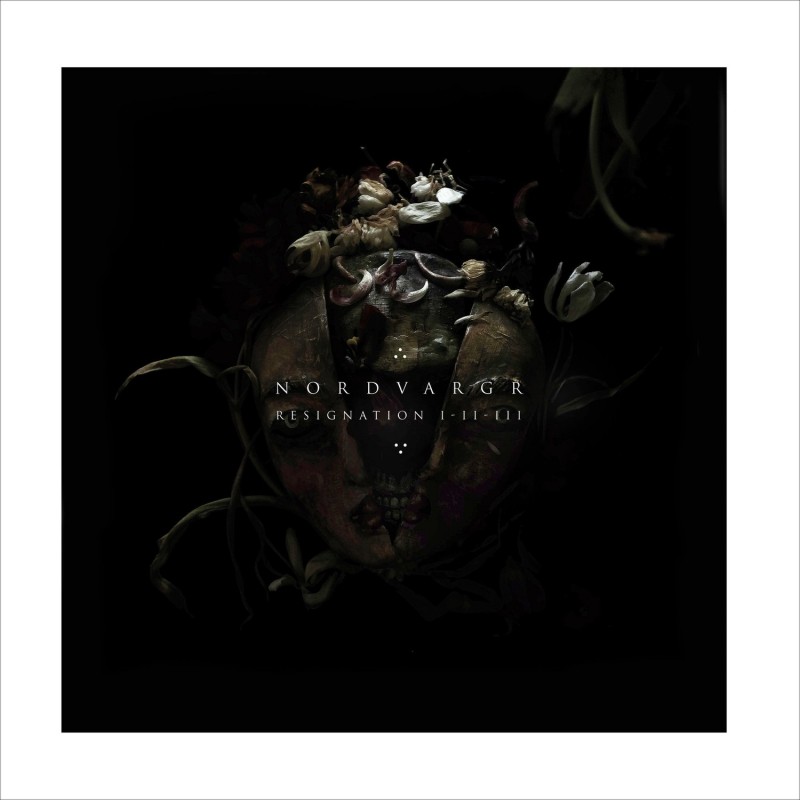 Nordvargr’s Resignation project was initially born in 2008 exploring rhythmic and repetitive aspects of his musical output, merging elements of electronic music with dark ambient soundscapes. We present here the first 3 volumes of this venture in a deluxe 3LP boxset with poster , with unique and exclusive material. From it’s inception delving into the more gaseous realms of dubby techno and evolving through the years towards the harder and nosier side of electronics, Nordvargr’s unique grasp of the genre and his will to turn it upside down culminates in a dreamy soundtrack-like voyage, where deep atmospherics are pierced by rhythmically hypnotic and abrasive passages. A true tour de force that will stand as a true gem for any fan of the fringes of techno and electronic music.

Some words on the material from Henrik:

This all started in 2008 when me and Nils Ekholm started recording some demo materials, mixing techno inspired beats with dark ambient textures and old 78 RPM records. Someone actually called the first chapter (released on CD by 205 Recordings/OEC titled "1897") "Techno, if invented in the late 1800´s" which is not too far off actually. The inspiration for the whole project was the attempted expedition of 1897 to reach the north pole by balloon by S.A. Andrée, which failed miserably as they crashed after two days and later froze to death.

A few years later I continued myself to record more materials for Resignation which was released on pro-CDR that I made myself in a mere 120 copies. The goal was to make 300, but life got in the way and I never managed to print the whole edition. I continued to develop the sound of the first album, but worked even more with string arrangements and that frosty, old and melancholic sound profile.

As the years went by and I was busy with my other musical projects I temporarily abandoned the rhythmical approach, but in 2017 I was contacted by Polish director Jakub Charon who wanted me to help out on the soundtrack for his movie "Totem". I was commissioned to make a track for a scene in a nightclub which resulted in the track "Totem visitations". I also recorded a lot of rhythmic ambient tracks that I never used for the soundtrack. At some point during 2019 I played these half-ready tracks for my wife and she insisted that we should finish them as she heard that there was something there... and behold, the third chapter was born. "3" is more in-your-face than the first two albums, leaning more on distorted electronics and hard beats than ambient string arrangements, but it still maintains the same basic feeling. At this point Jouni Ulvtharm actually named the music style "Forest Techno".

All the recordings have been remastered for this release. The vinyl version of "I" is quite different from the CD as it is the first demo recordings instead of the materials that were published previously as "1897". The CD´s has a few bonus tracks that could not fit on the vinyls. Also - yes, there is a part 4 coming. At some point.

Art and photography by Sandrine Pelletier

In parallel to his band activities, he has pursued a solo career with a vast amount of record releases. He is widely considered one of the most influential and productive post-industrial artists ever."