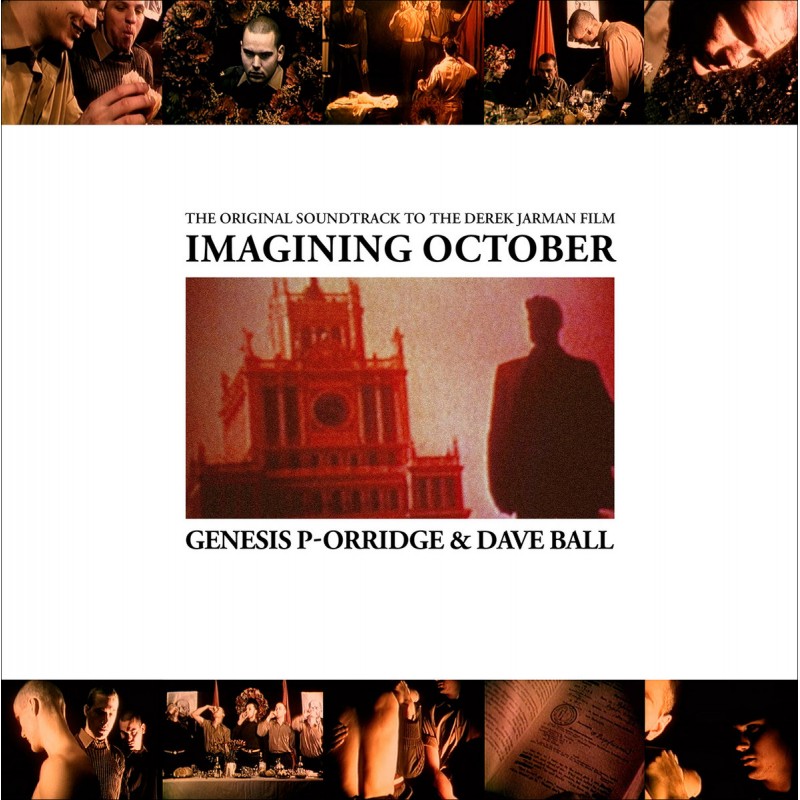 Derek Jarman put together a programme of films for the London Film Festival, reﬂecting the cutting edge of the London avant-garde of the time. Recorded at the same time as The Angelic Conversation, Imagining October was filmed in the Eisenstein Museum in Moscow, Vladimir Mayakovsky’s grave at Novodevichy Cemetery, the GUM department store facing red square, and the fire temples of Baku in Azerbaijan. The painting sequences with a group of soldiers (Angus Cook, Stephen Thrower, Peter Doig and Keir Wahid) was filmed in London. Jarman considered it one of the best, if not the best, of his shorter works. It was intended as an agit-prop work and the combination of music and imagery remains powerful to this day.

"The heroism of revolution through the queered lens... It was not just the Soviet Union censoring books, Jarman points out here, but Thatcher’s government and its homophobia was no greater friend to gays than the regime on the other side of the Iron Curtain. A moral hysteria surrounding AIDs was sweeping Britain, the miner’s strike was in full swing (an action supported by gay activists, as it was brutally broken up by police): back home, society seemed on a knife edge." (ArtReview).

"These two giants of electronic musical experimentation could have only been brought together by an artwork as unique and thrilling as their own creations... the music that accompanies and interacts with the film’s imagery is a fantastic display of these artists talents, and remains powerful to this day... a steadiness welcomes us, and stays by our side as we advance in an emotional landscape. Walking the path may be hard, but there is no other way. Atmospheric sounds interact with one another across layers of time and auditory space... The music is rich in emotional content, and any fan of experimental music is likely to find solace in this release" (The Sleeping Shaman)

"Even without the images, the music is quite strong. Sure, the element of improvisation isn't too far away, as the compositions aren't too tight, but it works quite well. This music has a great sense of desolation, especially when the samples are voices from, so I assume, communist choirs. Slow music for what, thinking again, is a quiet narrative. It is a pity that this is all too brief. I wouldn't have minded a bit more of this" (Vital Weekly)

"You immediately recognize the Soundtrack approach of the production, but still an explicit Experimental approach characterizing the sound of both protagonists. The tracks are diversified, featuring classically trained male vocals next to choir chants.... This work was composed by 2 legendary artists from the UK underground scene. I like the album’s diversity, but especially the more accessible second- and third cuts... This previously unreleased work clearly is a sensational collaboration between two legendary artists." (Side-Line)