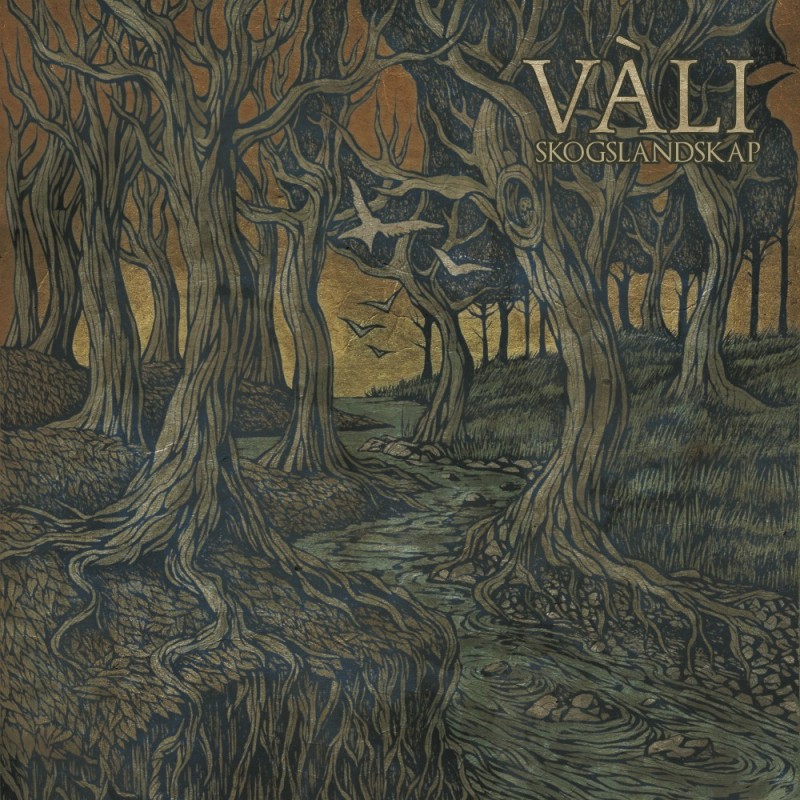 Vàli is one of the best-kept secrets among lovers of nature-related acoustic music. The Norwegian one-man project's debut album, "Forlatt," was already released back in 2004 in a limited edition that was quickly sold out. Word got out rapidly among connoisseurs of the genre that this was an album that was a match for genre classics such as "Kveldssanger" by Ulver or "Where At Night The Wood Grouse Plays" by Empyrium. It took six years until their next sign of life: two songs on the 2010 compilation "Whom The Moon A Nightsong Sings." Now, finally, their eagerly anticipated sophomore "Skogslandskap" (english: "Wooded Landscape") is ready for release. In the world of Vàli, time seems to go by much slower than in ours.

This impression is confirmed when listening to "Skogslandskap" which seamlessly picks up where "Forlatt" left off, enchanting you with its timeless simplicity and elegance. Fragile compositions for acoustic guitars are still very much at the centre of Vàli's music. These are augmented by yearning string arrangements, pastoral flute melodies, and accentuated piano sounds. Each of these tone colours is used in a pointed and appropriate manner to take the album's basic idea into account: "Skogslandskap" is conceived as a journey through a Norwegian wood in the autumn, beginning at dusk and ending at dawn, a journey revealing the peace and beauty of virgin nature.