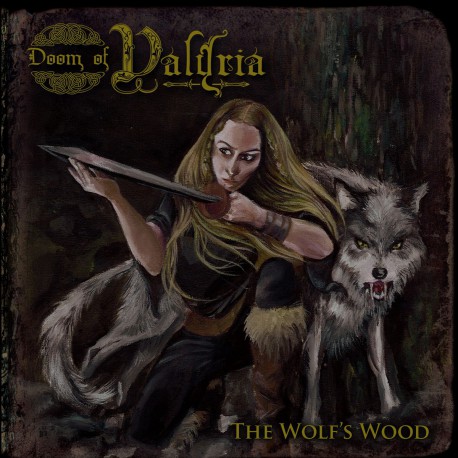 Doom of Valyria - The Wolf's Wood

Doom of Valyria is an spanish one woman band created by Eva aka Nemhain ( guitar member of Unburial and Toxic Army).
Her music could be described as Medieval Folk with a dark touch , which lyrics are based on the literary saga A Sonf of Ice and Fire.
Her first album “The Wolf's Wood” consist of 8 epic tunes and a Bathory cover.