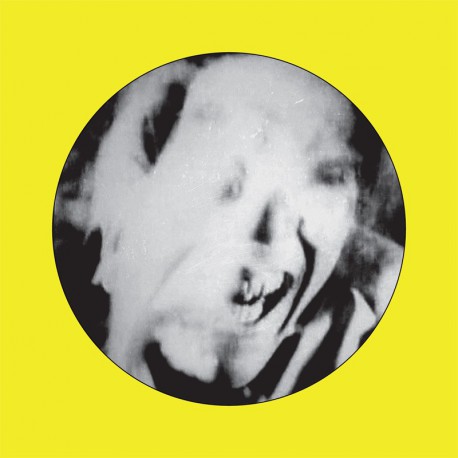 Release of the 1926 film "Kurutta Ippeiji" directed by Teinosuke Kinugasa, with a new soundtrack performed by Vetrophonia.
Limited edition of 300 copies.

"Kurutta Ippeiji (A Page of Madness)" is a silent film created by the Japanese director Teinosuke Kinugasa in 1926. The screenplay was written together with Yasunari Kawabata, a celebrated representative of the avant-garde literary movement of Neo-Perceptionists known as "Shinkankanu", who would later win the Nobel Prize for Literature in 1968. Considering the overall traditional orientation of the Japanese cinema of that time, the film greatly surpassed all concepts about experimental art and made a big sensation among critics although remained almost unnoticed by the masses.

The story unfolds in a mental asylum where a woman is kept after her attempt to drown her own daughter. Her husband, a former sailor, takes a job there as a janitor in hopes of eventually rescuing his wife from captivity but soon he himself starts loosing his mind… The film includes striking scenes of the emotions of characters, also those of asylum patients whose insane visions are shown using unconventional analogue special effects, which still produce quite a psychoactive impact even on the modern viewer.

The short film screening in 1926 was accompanied by live musicians playing and comments from "benshi" - professional narrators who have put semantic accents in the story, but there is no information about the original music score. At different times several soundtracks for the movie were composed, all in different styles - from classical taiko drums and jazz interpretations to indie rock and experimental electronics.

Backed by the successful experience of recording soundtracks for silent cinema (let us recall "The Space Voyage" from 1936 directed by N. Zhuravlev), St. Petersburg's duo Vetrophonia continues to contribute to the legacy of avant-garde cinematography in its trademark retro-futuristic style. With the use of electronics, archival samples, classical strings, brass and self-built metallic instruments Nikolay Sudnik and Alexander Lebedev-Frontov managed to create a sound canvas ideally fitting every scene of the film. The soundtrack is made both with meticulous approach and light humour, it follows all changes of moods and guarantees a truly unique watching experience enhancing both visual and emotional sides of this masterpiece of the Japanese silent cinema.