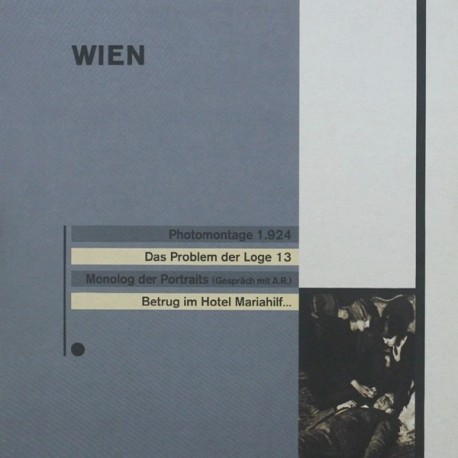 Here's the second episode of the triptych dealing with Miss Célestine Orlac, reported missing in East Europa on a mysterious trip during the period between the wars... As always, it is limited to 500 copies and comes with a wonderful design.

"Praha", the first episode of the triptych, was highly accl  aimed and quickly sold out when released... "Wien", musicaly speaking, is probably the most powerful act of the series (and maybe from the band's history ever), as "Budapest", the (temporarily) final chapter (to be released in 2006) is already announced as the quietest... No needs to say the highest standards of the band are totally maintained here.