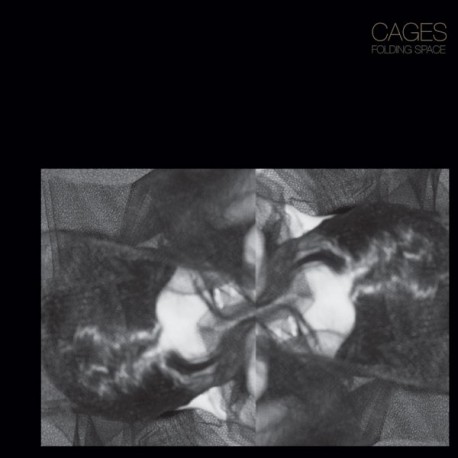 There is nothing fun or pedestrian about dreams that are uncompromising to the point of reality.
The shaking notes that make up “Folding Space” were recorded by two people holed up in their whole respective imaginations of visions of loops, layers and pleading lyrics.
It is stubborn but not ugly, nearly one hour of music set in studios buried by blizzards of the American Great Lakes region.
Cages is Nola Ranallo and David Bailey.
They practiced, moved apart, relayed tapes through the mail, revised the entire damned thing, and then rejoined to capture every last seizure on this record.
They sought sounds from the same dreams that give fools belief and colorfully punctuate the nights of the sanest.
There are elements of dreamy ether and discomfort rather than the easy choruses and catchphrases of the most collected and consumed art form.
And, then, you’ll find a song radiating another thing entirely.
Live, the duo transfers their forged and found music into a very personal presentation that soars above the casually talking show-goers, the poor man’s jazz bands, and the art house showboats.
Patrons and fellow musicians are pulled in; sounds are pushed out but never apart.

“Folding Space” is a foot to the honest and hard road, which can quickly cut away the uncurious and reward the rest like the tapes listened to repeatedly in the fevers of your youth. Please mull and judge, and add to the tops or bottoms of the lists you think necessary. And know the visions backing this elaborate music were recorded and are performed for a primary reason: to exist freely."
Justin Kern (Sept. 24, 2009 in Milwaukee, Wisconsin, U.S.A.)