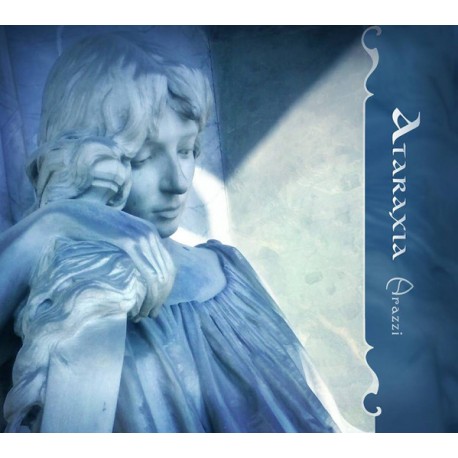 ARAZZI is the third and last ATARAXIA's demotape recorded and self-produced in 1992 and released in 1993 by Energeia. The band has chosen not to change the original sound keeping the early 90ies rough and instinctive spirit. They have included to this re-issue a bonus track, "L'ultimo Arazzo", that had to be part of the original 1993 release but, being not satisfied with the original version, they re-recorded it right now with the participation of Riccardo Spaggiari on drums. "Sometimes, slowly walking through the rooms of an old palace, on a wide wall we notice a tapestry. Lazy eyes, as absent, pass by; curious eyes, as captured by enchantment, bewitched, penetrate into it, irresistibly attracted by the restless presence of hedges, fountains and animals that come into life opening the dances in which we take part, as anomalous comedians or sylvan interpreters of a bizarre picture".