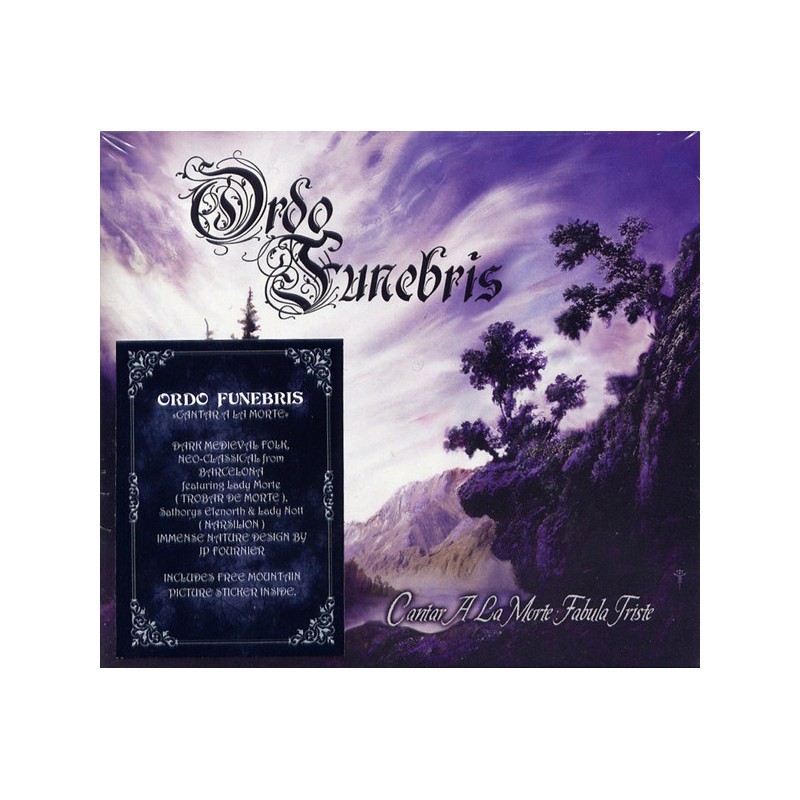 In absolutely BEAUTIFUL Digipak and with Poster inside! Remastered reissue of this fantastic 2002 debut release from Spanish Neoclassical / Ethereal / Medieval legends ORDO FUNEBRIS, which later split into NARSILION and TROBAR DE MORTE. A powerful blend of dreamy, medieval ambience with occasional percussive, symphonic
moments, which feature subtle Celtic influences throughout. Lady Nott and Sathorys Elenorth are now known as DER BLAUE REITER and NARSILION, whilst Lady Morte is the founder of TROBAR DE MORTE. Presented in a stunning 6-panel digipak with sticker. “Cantar a la Morte : Fabula Triste” is inspired by the night - the dark begetter, the sweet embrace of death, the eternal whisper of the wind, the sadness in its silent hands, those magical forests that adorn the soul, the sea and its profound lament. A beautiful release for fans of dreamy medieval-toned ethereal music!