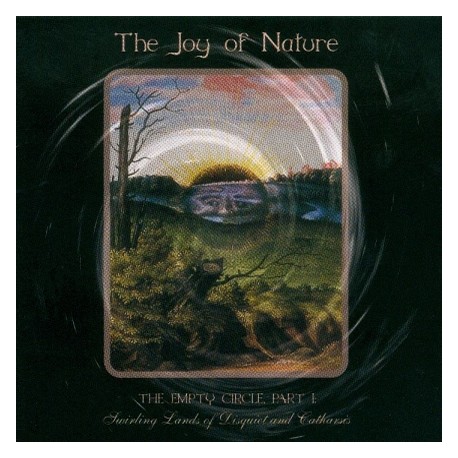 The Joy Of Nature - The Empty Circle Part 1

The Joy of Natureis a multimedia project from the Azores, with music as its main focus.

Musically, "The Joy of Nature" is like a serpent always renewing itself - never resting in one shape, changing the form but keeping the same essence.
“Swirling Lands of Disquiet and Catharsis” is the first part of a trilogy entitled “The Empty Circle”.
Each part of the trilogy has a correspondence with the three main hermetic-alchemical phases: Nigredo, Albedo and Rubedo and, at the same time and correspondingly, to individual experience, inheritance of our ancestors and, finally, the overcoming of a mere individual state of existence.
This first part corresponds to Nigredo.
The subtitle of this work - “A Theatre lost in The Vast Abyss of Starry Skies” came in a lucid dream in which appeared the idea that this world in which we live our day-to-day lives can be compared to a small theatre in a vast abyss of starry skies.
This album is about a world of disquiet, in which a catharsis should be done.
To gather the impurities, realize their nature and build something pure from there.

There are elements of Folk, Ambient, Psychedelic and Experimental music, mixed in a coherent way, creating a unique sound and a breathtaking atmosphere, predominantly acoustic and with dark tones.