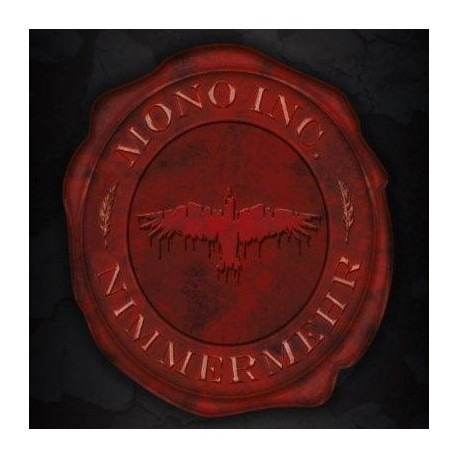 Monomania, a term from the psychiatric nosology of the early 19th Century, was once (2003) thetemplate for naming the Hamburger Rock-Band MONO INC. and means as much as delusional individual, in contrast to the complete madness. - 10 years later, MONO INC. open another chapterof their creativity! Mean? Joachim Witt (a New German Wave legend of the 80ies) and MONO INC.

mastermind Martin Engler became close friends since Witt's latest album and since then they celebrate the "Club of living Poets" every week. Joachim benefits from the fact that Martin is an excellent cook - Witt can do nothing on the stove, but he delights in fine dining.

During the meetings of the "Club of living Poets" abstruse ideas emerged. One of them was to make a common track (not surprising at first sight), but as the question arose of who should sing which
language, they did not come to each other at first. But then as Witt texted an English verse and Martin did a German chorus - the convolutions of the two were really active and their love for music has connected the two poles! The result is a song in which Martin, inspired by Joachim, kept the German chorus, whereupon Joachim contributed a purely German verse. The result is titled "Kein Weg zu Weit" (No path too far) and "shall encourage people" , the MONO INC.-singer and Witt unison.
Worn by this inspiration other songs in german language arose almost like in flight, what the band is very pleased with. "Standstill would be a creative dead for us, which is why we have taken this step and why we are eager to showcase the new facet to the fans."
The Hamburg Rock-Band succeeds with NIMMERMEHR the true feat of re-inventing themselves, to stay true to their sound and yet bring a new MONO INC. dimension to the market - Lyric, poetry, great melodies and immediately in the ear.
One year after their Top-10-Album "After The War" MONO INC. present sovereign with new and established influences and storm with a strong first harbingers inexorably on their way to the mono-maniac world domination.