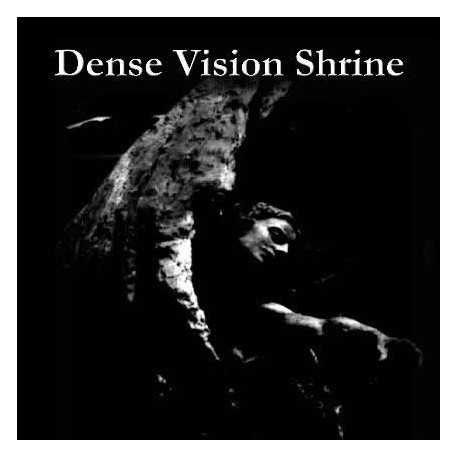 Having created music for many years under such project names as Arcane Art, Penitent, and Defraktor, Karsten Hamre returns in 2009 with the simultaneous release of "Through the Eyes of a Stranger" and Dense Vision Shrine's "Time Lost in Oblivion" - both on First Fallen Star! Although it mysteriously shares a similar title and artwork with "Lost Time in Oblivion" (2007, Desolate Sonorities), "Time Lost in Oblivion" is a completely new album with no known connection to the 2007 release! Building upon a solid foundation of dark ambient, Dense Vision Shrine also employs sampled sounds and sparse rhythm to carefully design the listening experience of a realm where time itself has stopped, of a blackened voyage into oblivion. Each track of the album is distinctive, yet always possessing the signature of Dense Vision Shrine and proving unmistakably bleak.