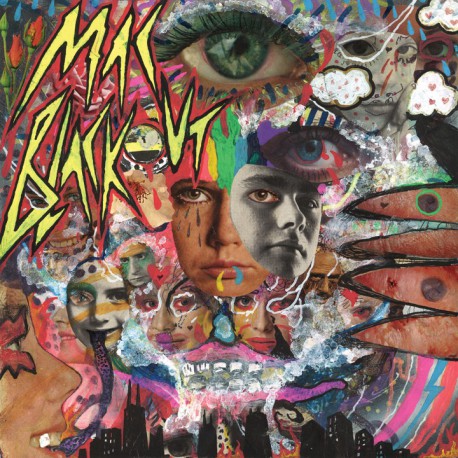 Singer of the amazing Functional Blackouts, hidden instigators of most of the KBD northamerican revival punk in recent times. Mac Blackout, who had previously worked with FDH, Sacred Bones or Dead Beat.His new LP is now exclusively for Burka For Everybody. It sound evokes a damaged symphony between Suicide and the first Brian Eno albums, torn appart by Darby Crash, who currently lives in the worst “trailer park”.

Limited to 300 copies on Black vynil.